In 1947, De Beers completely changed the diamond world. Their slogan ‘A diamond is forever,’ was and is still revolutionary and relevant.

« A diamond is forever » became more than just a tagline

De Beers may not have realized it at the time, but their diamond campaigns completely revolutionized the diamond world. Their famous slogan: ‘A diamond is forever,’ was coined by a young copywriter at the N.W. Ayer advertising agency, Frances Gerety. This tagline, coupled with major advertisements created not just a desire, but a need for diamond engagement rings.

This marketing campaign was seeking to create the parallels between a diamond and love. Diamonds were being pushed as the most romantic purchase a man could make for his lover. In a 1977 De Beers commercial, we see a black and white video edited with of a couple on a beach. This beach and home look like it could be straight out of the Hamptons or Cape Cod, places that are considered as symbols of wealth and status. The only color throughout the film is when the man proposes with a gold solitaire diamond ring, a De Beers ring. We then hear the narrator say, and see the words on the screen, “How else could two months’ salary last forever? A diamond is forever. De Beers.” Not only are they highly romanticizing the need for a diamond, but they are already putting a price tag on it. Men are being told what to spend and women are being told that this is what they need in order to get engaged and having a loving relationship. 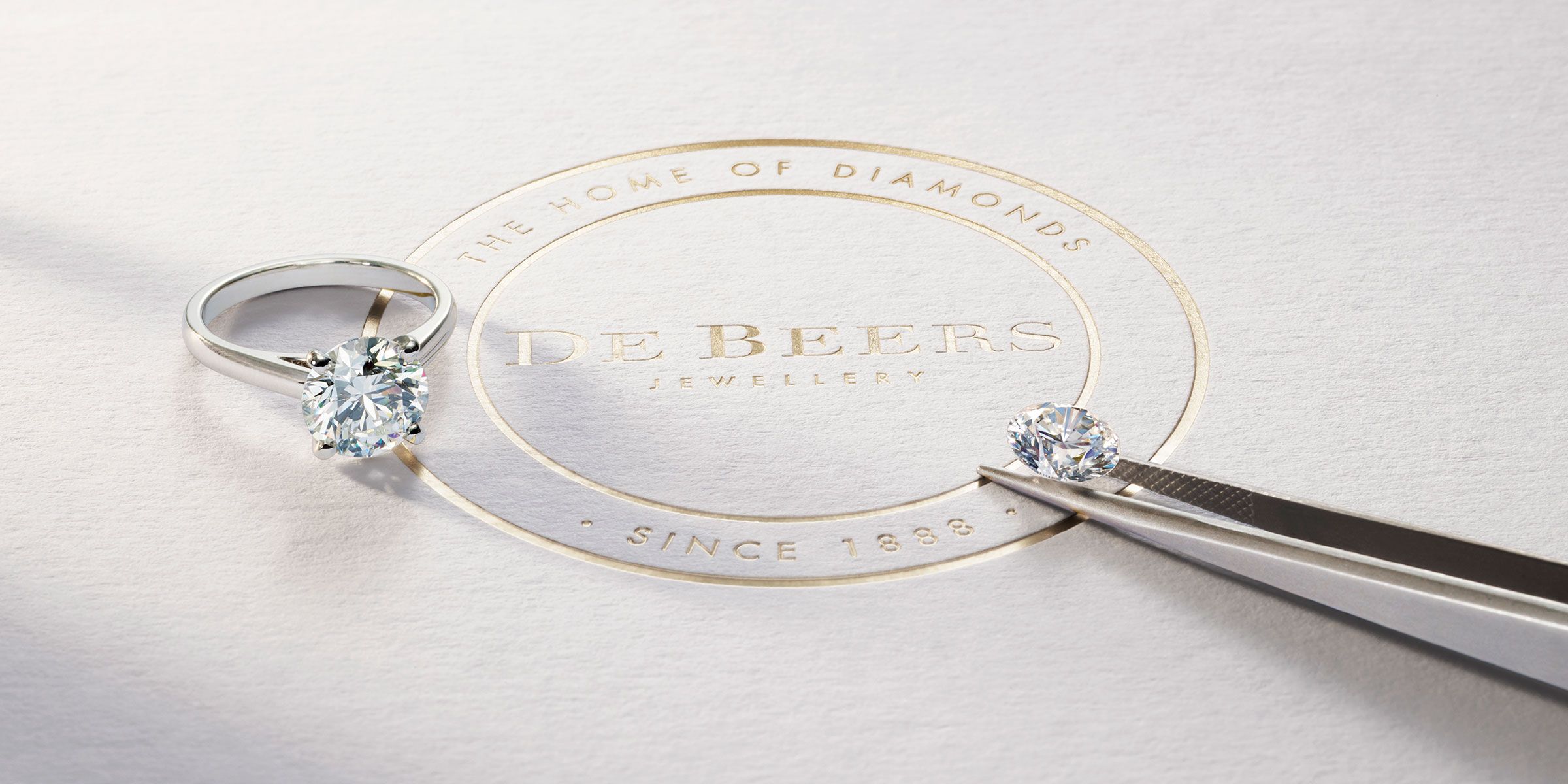 How did engagement rings arrive on the market

Prior to this slogan, during the 1930s, diamond engagement rings were not necessarily normal or expected, but today, it is almost a guarantee. In 1940, only 10% of first time brides were receiving diamond engagement rings, while in 1990 that number skyrocketed to 80%. They were selling the fact that your indestructible love should be symbolized with an indestructible stone, the diamond. This marketing campaign worked extremely well, as you can see in De Beers’ numbers. Between 1939 and 1979, their wholesale diamond sales in the United States alone increased from $23 million to $2.1 billion! It led their advertising budget to increase from $200,000 to $10 million a year. Money well spent, for De Beers. 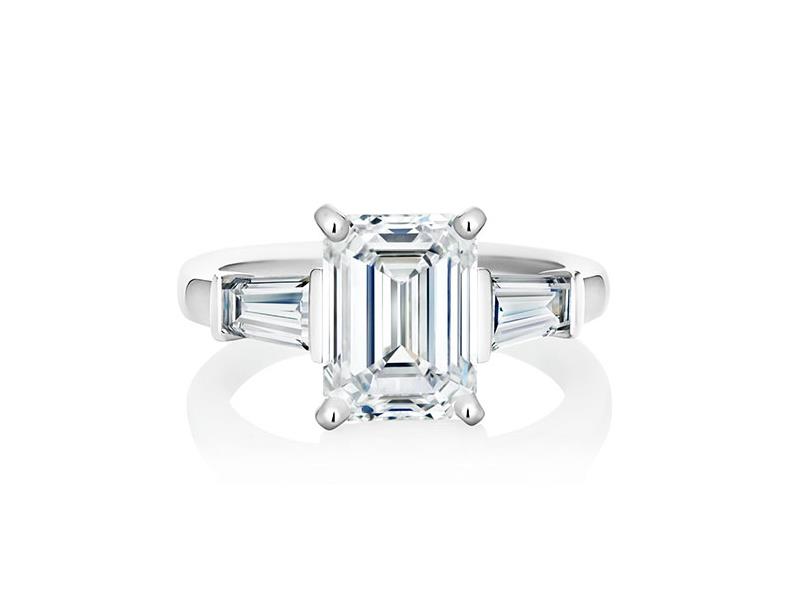 De Beers has continued its marketing efforts, with taglines such as, “Marry me sounds so much better than just Merry Christmas,” and “Of course there’s a return on your investment. We just can’t print it here.” These advertisements have proven to be very successful, though none as revolutionary as their initial, “A diamond is forever.” Fifty years after its creation, it was recognized by Ad Age as the greatest advertising slogan of the 20th century! It certainly was and perhaps is the most influential tagline for all of the diamond market. 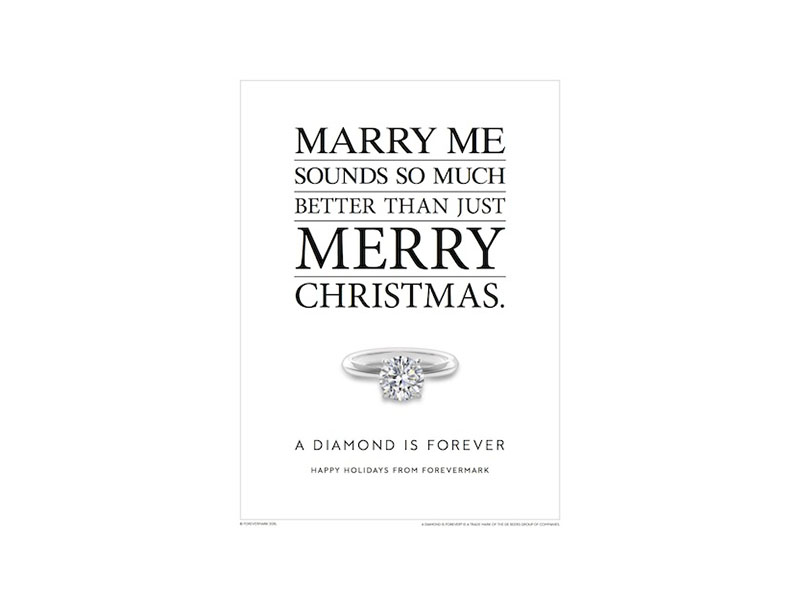 Marry me sounds so much better than just Merry Christmas