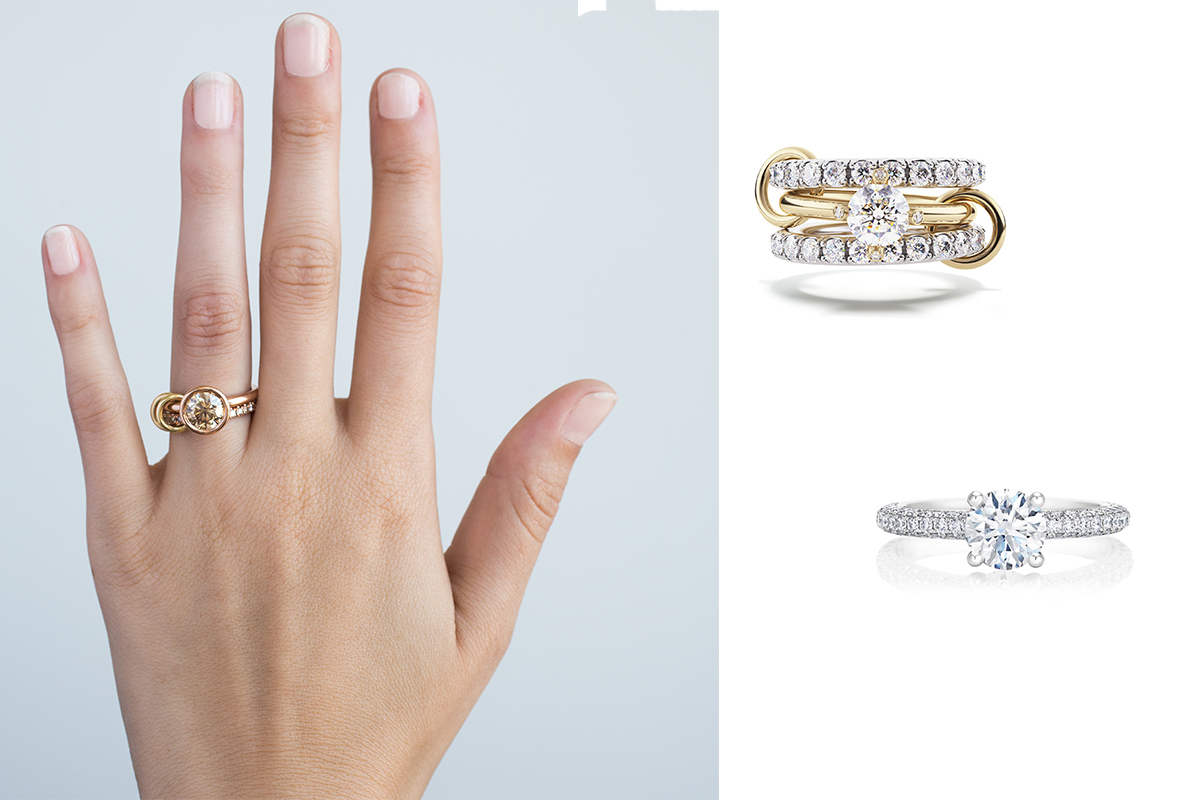 The wedding season has got underway once again! And what could be better than drawing inspiration from Greek mythology legends of love to create an engagement ring that is perfectly at home in modern-day fairy tales: from De Beers to Spinelli Kilcollin, the battle is on.

De Beers has, as such, instilled the most marvellous love story into its DB Darling… that of the union between Psyche, goddess of love, and Cupid, god of love. Born out of the extraordinarily romantic story from Antiquity, the DB Darling has taken its cues from the adventure that brought Psyche and Cupid, goddess and god of love, altogether. Their legend celebrates much more than just passionate love; it pays tribute to the amazing ability to overcome every obstacle to ensure that nothing can stand in the way of the two lovers’ feelings. The new engagement ring, part of the iconic DB Classic collection, complements the already-released DB Darling diamond paved eternity band. Each piece of the DB Classic collection has been preciously designed and embraces the signature V-shaped setting, which exalts the dazzle of the brilliant-cut diamond. Nothing has been left to chance; the V-shaped setting alludes to Cupid’s outstretched wings, whilst the ring’s perfect symmetry reflects Psyche’s incomparable beauty.

The heavenly sparkle comes from the brilliant-cut diamond’s total openness on the ring. As such, light works its magic over all the surfaces. Three rows of micropavé-set diamonds adorn the band, enhancing the gleam of the ring from every angle. It goes without saying that such purity definitely embodies timeless love. If De Beers’ new engagement ring symbolizes the most romantic moment in Psyche and Cupid’s love story wonderfully well, a moment immortalized in time through the Antonio Canova’s sculpture, a masterpiece of the 18th-century, the DB Darling imprints today a masterpiece on the finger of a bride-to-be.

Breaking with the so-classic and traditional rules of what an engagement ring should look like, Spinelli Kilcollin twisted a classic piece his way. As a matter of fact, when the Californian based Jewelry designer first launched his Galaxy Collection back in 2009: where Mercury or Stellar rings were made of linked rings set in gold and joined by smaller rings called connectors, the now married couple had no idea where they had put their feet in.

Speaking a jewelry language: it simply was a genius way to re-interpret the iconic Cartier Trinity ring. Not on purpose though … Because the Spinelli story does not end here. Not only Yves Spinelli nor Dwyer Kilcollin had the idea that they would be the founder of a super cool Jewelry brand based on a single concept but by introducing a wedding collection, they have moved their brand one step further.

Taking inspiration in Greek goddesses, the Artemis, Amor, Freyja or even Anath rings feature a stunning central diamond solitaire linked with connectors to other golden bands. The diamond size and color set in the center can be made upon request just as much as the number of plain or paved bands around and connectors. And in case you wonder, wedding bands are also part of the collection. Who doesn’t want to get married now? 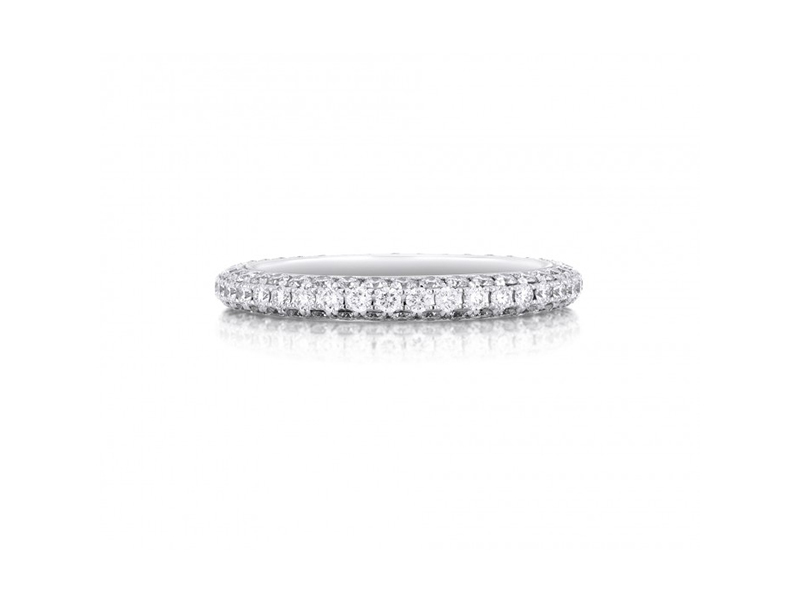 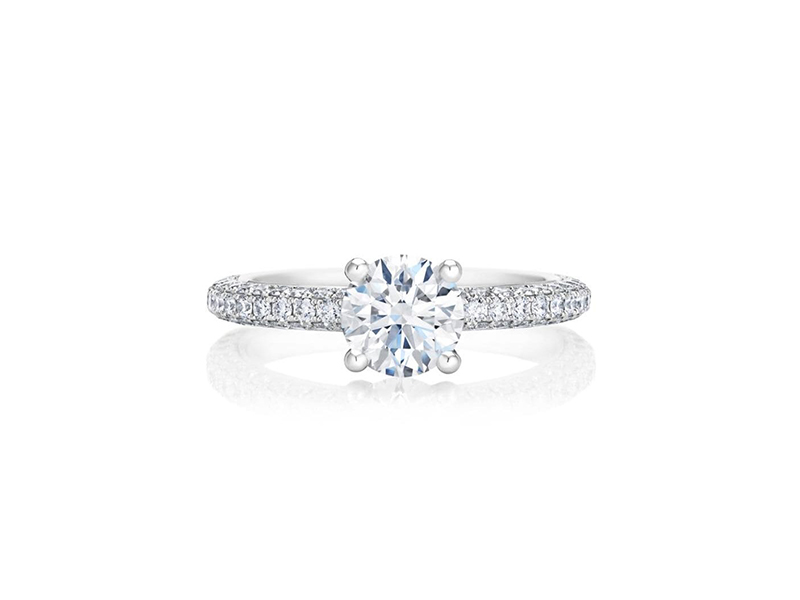 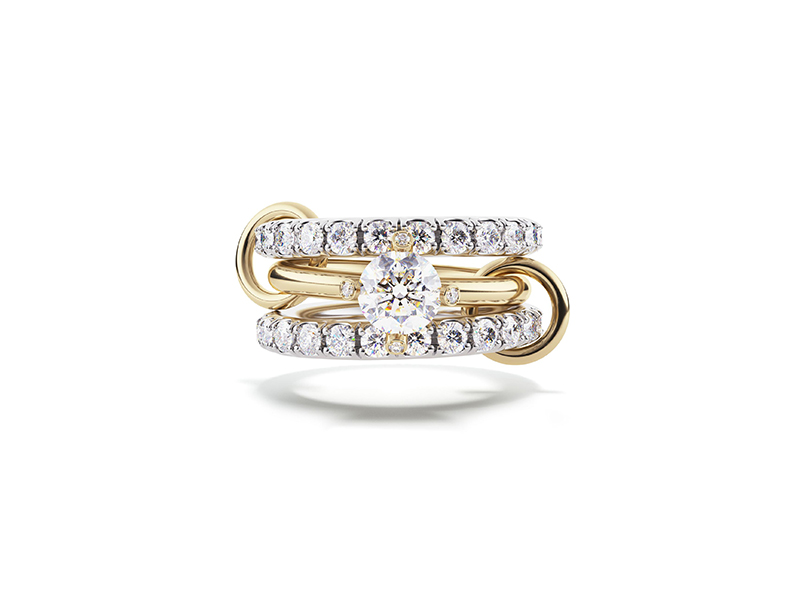